During her third year of her Fine Arts course, Laura completed a project titled "Beat Four" 2012. This project evolved from her love of jazz and the vintage styles of the 1920's. She named this project "Beat Four" to reference the styles of jazz that were popular from the late teens through the late 1920s, which was known for developing a four beat rhythm. She created a model of a 1920's jazz club, using found objects such as miniature tables, chairs, wine bottles, martini glasses, lamps and a bar. Using fairy lights and a smoke machine she tried to recreate a typical 1920's atmosphere in her photographs. Capturing the mood of jazz and the era, then from these photos she created large charcoal and conte drawings, drawing the effects of the lights, smoke and dull lighting. 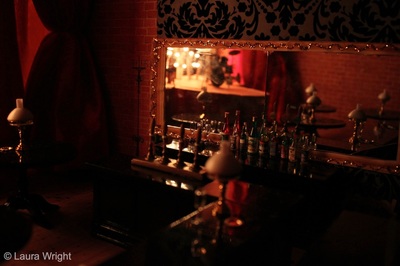 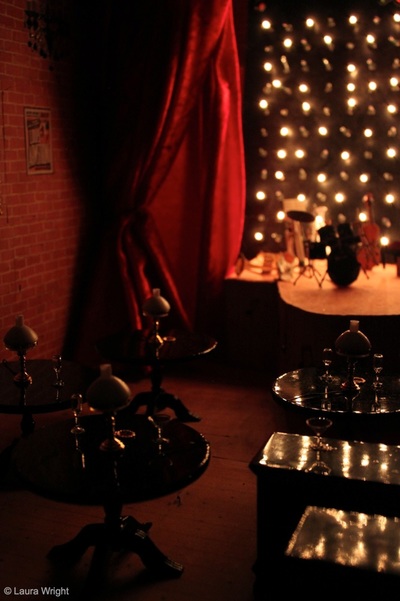 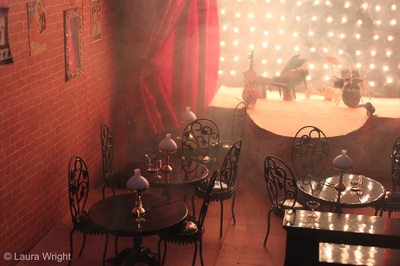 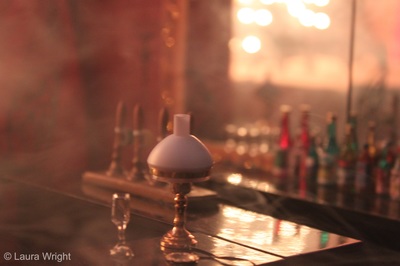 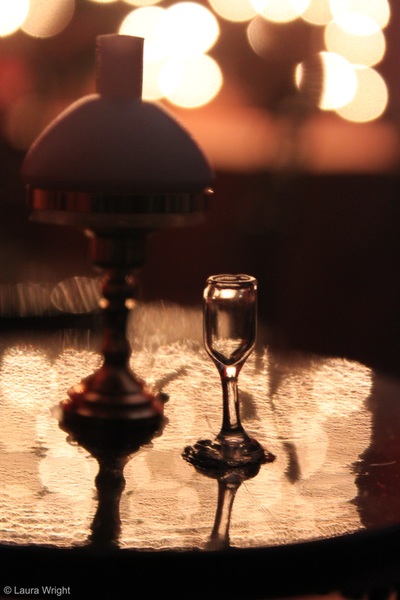 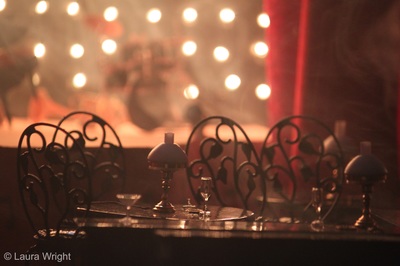 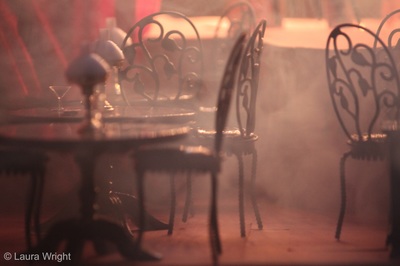 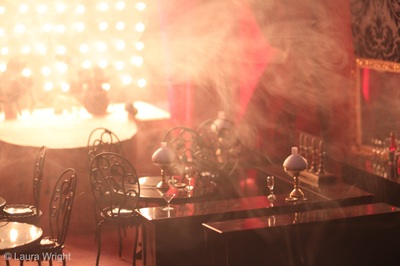 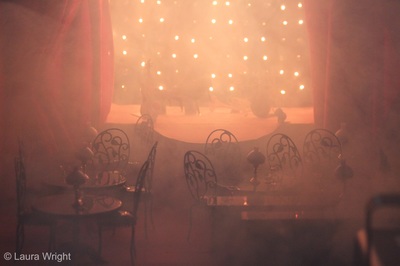 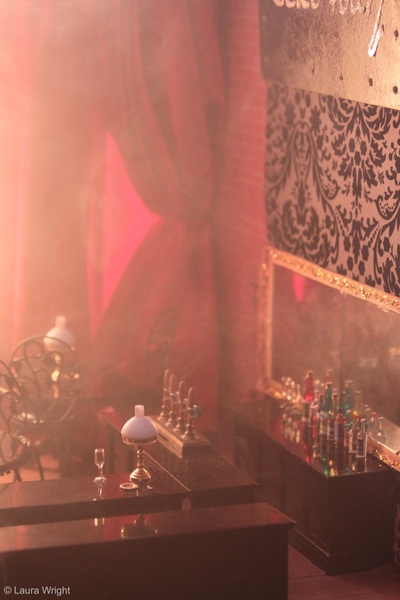 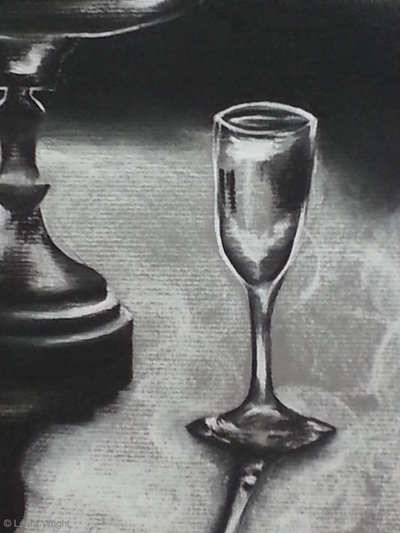 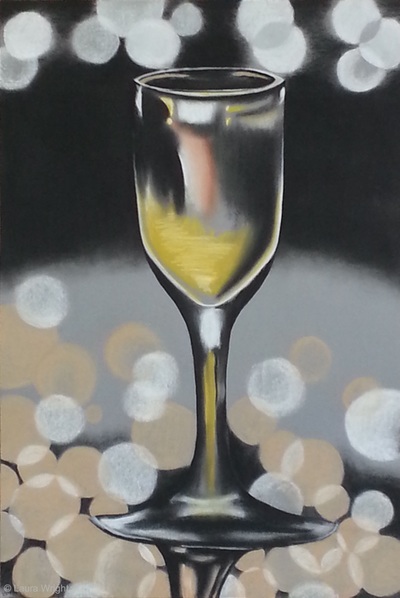 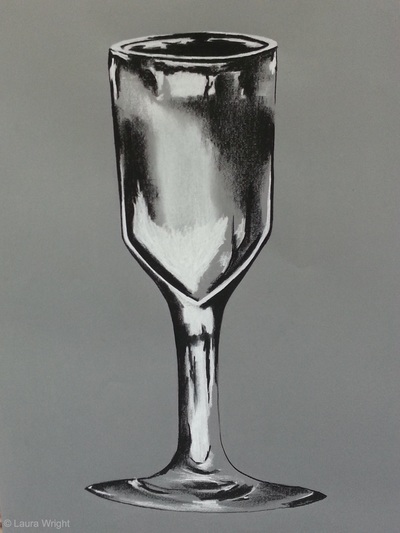 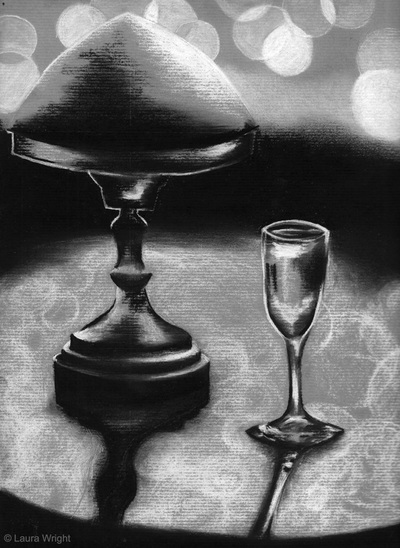 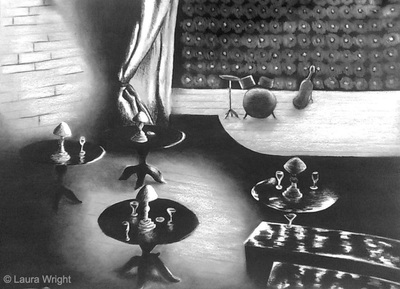 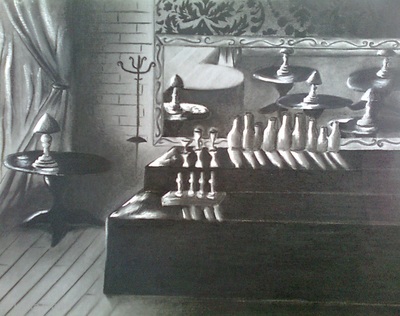